NEW
AMERICA: Truly a Model — of DEPRAVED RACIST GENOCIDE
How can any decent person deny that we need a revolution to overthrow this system?!

In 2012 The Bob Avakian Institute was a major funder of the BAsics bus tours to the Southern U.S. and the New York/New Jersey area

As part of “BA Everywhere… Imagine the Difference it Could Make,” a national campaign to raise major funds to project Avakian’s work throughout society, The Bob Avakian Institute helped fund two Bus Tours promoting BAsics, From the Talks and Writings of Bob Avakian. BAsics is a book of quotations and short essays which concentrates more than 30 years of Avakian’s work.

A multi-national group of volunteers took time off from work and school, and traveled from Atlanta to Sanford, FL and then in a second leg a few months later through New York City and surrounding areas, in a boldly decorated RV—capturing the imagination of and engaging with people over BAsics on college campuses, art scenes, and neighborhoods of the oppressed.

Watch this video from the BAsics bus tour that traveled to Sanford Florida in the summer of 2012 after the murder of 17-year old Trayvon Martin by racist vigilante George Zimmerman.

A bus tour through the South bringing revolution and communism? Do you realize how historic this is? I hope to fuck you are filming this, and if you’re not, you are depriving generations of chronicling an historic event… Taking it to the people. This is such a great idea. The imagery of a BAsics bus in the parking lot of a shopping mall or a school or neighborhood or any area of congregation or just motoring along a highway to spread the word is visionary.

“I wanna put in my strong endorsement of this freedom bus…”:

By the end of May, the BAsics Bus Tour had made its way deep into the South… making BA and his leadership known to many thousands. 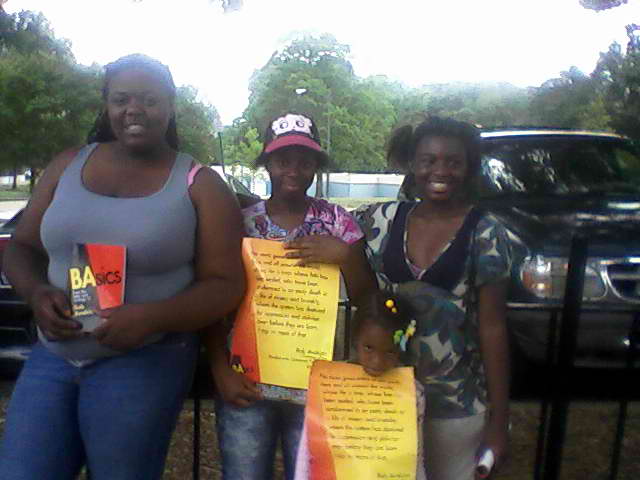 Hundreds signed the Basics 1:13 banners, sending messages, especially to the people of Sanford, Florida, where Trayvon Martin was murdered. 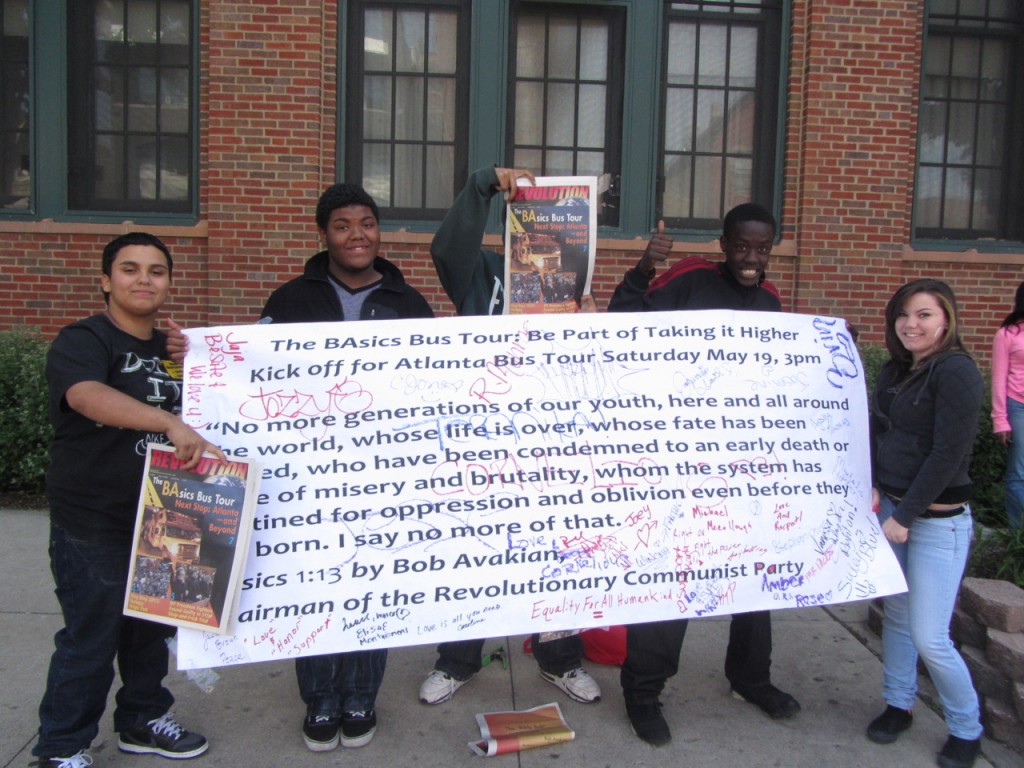 This photo collage was delivered by the BAsics Bus Tour to people in Sanford, Florida, in late May. 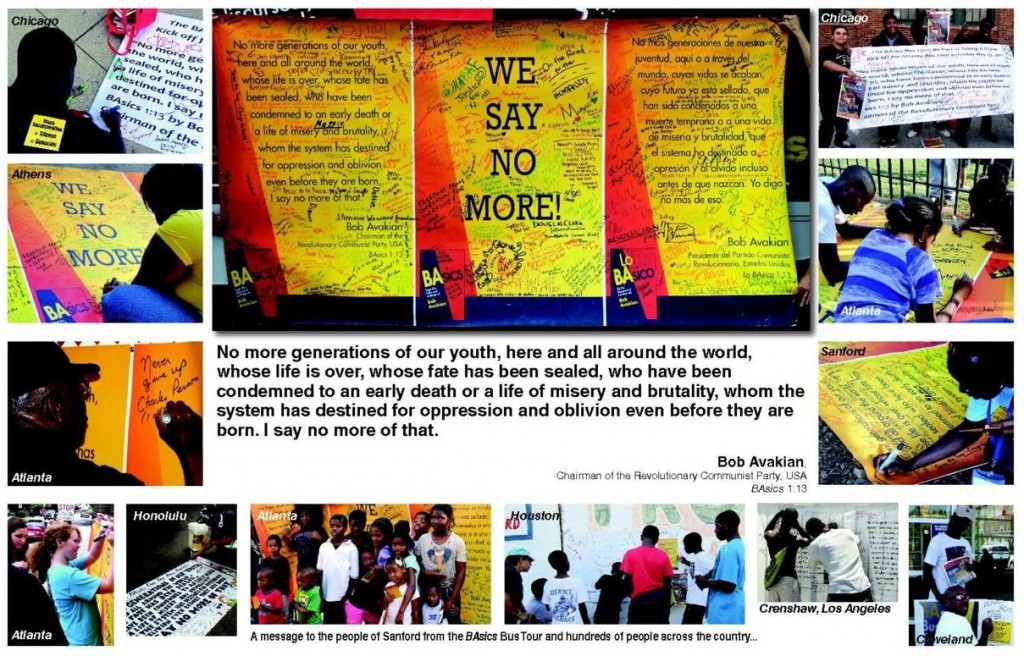 Sunsara Taylor, writing from the bus tour, described the reaction of people in Sanford to the collage: “When they not only heard, but particularly when they saw, through the form of a beautiful collage that was made of all the banners with BAsics 1:13 that had been signed by hundreds and hundreds of people throughout the country, their faces lit up with amazement. ‘Chicago! Los Angeles! Wow… Cleveland? Honolulu? Holy shit, I can’t believe that!’ The photos on the collage, which showed people from across the country—many, many Black people, but also white people and others—joining together with them and with Bob Avakian to declare ‘NO MORE!,’ the whole thing became more real, more possible, and more hopeful.” 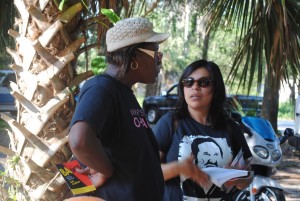 [Bob Avakian] is opening our understanding to the way it is, where other people are afraid to speak because it’ll put their life on the line, and this man put his life on the line for everybody to know the truth. And he just told it just how it is. How can we make that change if we don’t know the basics?

—Virginia, woman in Sanford, Florida, who was introduced
to BAsics during the bus tour through the South

In July 2012, the BAsics Bus Tour traveled through New York City and surrounding areas — a city where incredible wealth and opulence exists side by side with neighborhoods that have been abandoned and left to rot. It went into areas of the progressive middle strata as well as where apartheid-like conditions of the New Jim Crow exist, and where immigrants have come from all over the world. The Tour reached out especially to the youth with no future under this system.

The volunteer crew and supporters around the country connected these two quotes from BAsics with many people who dream of a better world.

American Lives Are Not More Important Than Other People’s Lives. BAsics 5:7 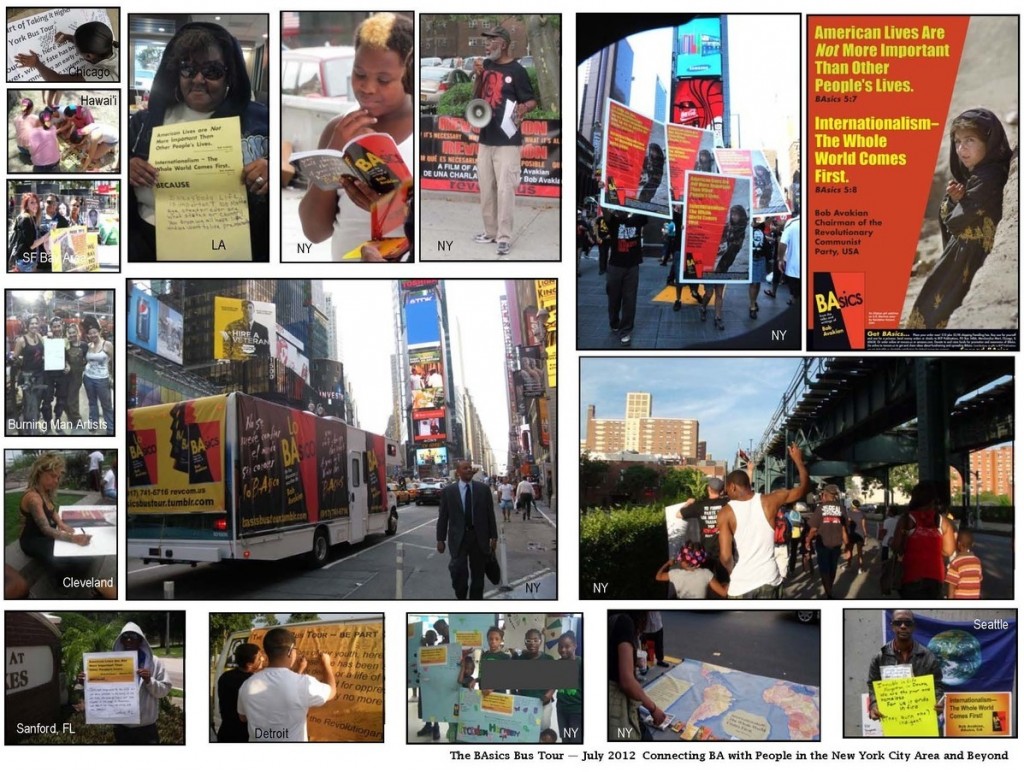 As Annie Day wrote at the end of the NY leg of the BAsics Bus Tour: “Throughout the two weeks of this tour…the hot days and sleepless nights…the hoarse throats and tired feet…the volunteers forged a powerful connection with the work and voice of Bob Avakian and people this system keeps locked on the bottom…people with painful stories that could fill a lifetime of telling. People who are told day in and day out that this is just the way the world has to be, that they’re crazy for thinking otherwise, for hating what they’re up against, but who feel—palpably and painfully—that there is no way out. But when the volunteers piled out of the boldly decorated RVs, when they stepped with boldness and revolutionary energy, with their voices loud and defiant and put BA’s work directly into people’s hands, took it to people in a way that is consistent with its revolutionary content…something very powerful began to take hold.”  See the full article here. 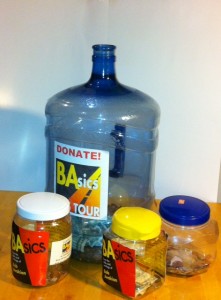 Fundraisers for these Tours took place in cities across the country—in parks and jazz clubs, through phone banking and one-on-one meetings. People contributed their art, their voices, their pennies, and those with more means contributed larger amounts. Some people contributed food, made sandwiches for the volunteers or hosted dinners.  And through this powerful effort, again, people deepened their engagement with BA’s work.  Pictured here, food collections in the projects in Harlem to build support for the BAsics Bus Tour.

I think that—I’ve never met this man, I’ve just started reading his book, but I think that he is a leader. You know, a leader is a person that has a vision and is so genuine in that vision that they’re allowed to get other people to share that vision and to become a part of it. In my opinion, he’s a leader in a positive manner. People say, you know, communists or whatever. Listen, this man is teaching me things that I never knew before, and is showing me a way to change the things that I feel needs to be changed—which is the whole world, by the way. It’s powerful stuff.

–Nicky, a Black woman in the Bronx who just recently learned
about Bob Avakian and the movement for revolution and
who is an ardent supporter of the BAsics Bus Tour 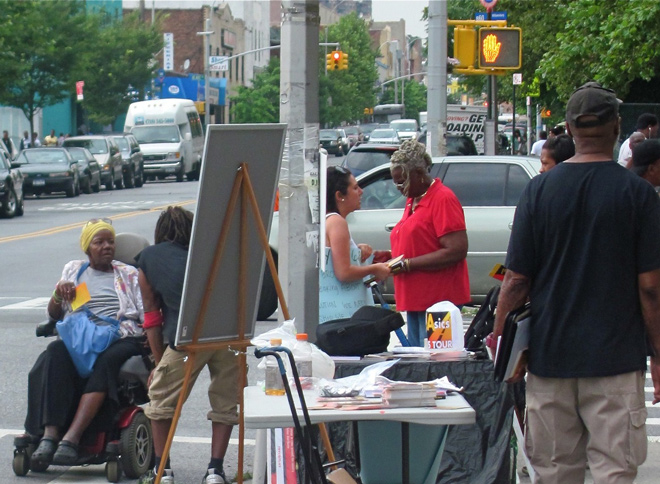 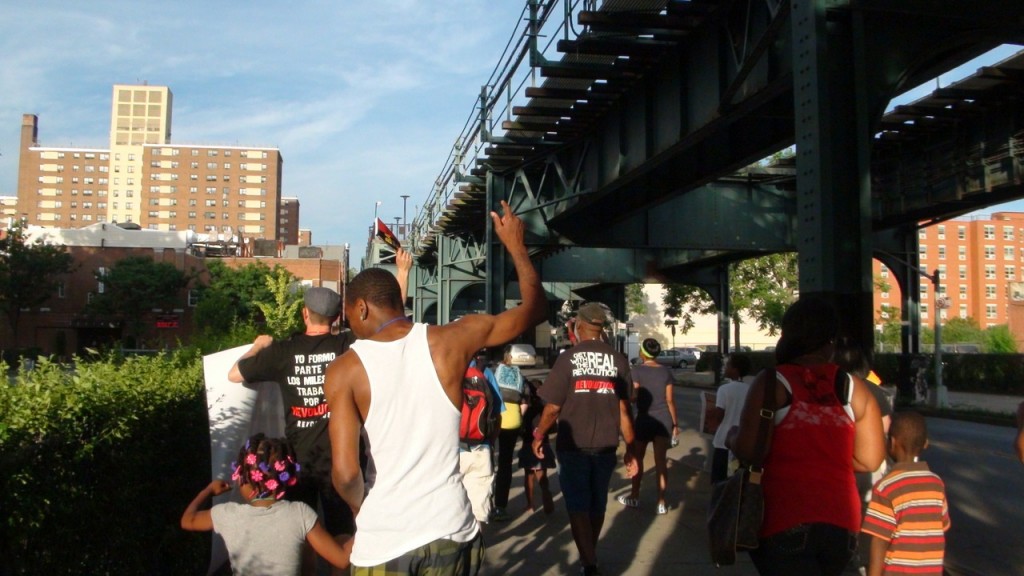