NEW
AMERICA: Truly a Model — of DEPRAVED RACIST GENOCIDE
How can any decent person deny that we need a revolution to overthrow this system?!

Current and past programs and projects The Bob Avakian Institute has funded as part of our mission to preserve, project, and promote the works and vision of Bob Avakian throughout society. 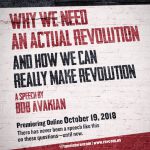 In the summer of 2018, Bob Avakian gave a speech in several cities, now available online. There has never been a speech like this on these questions… until now. 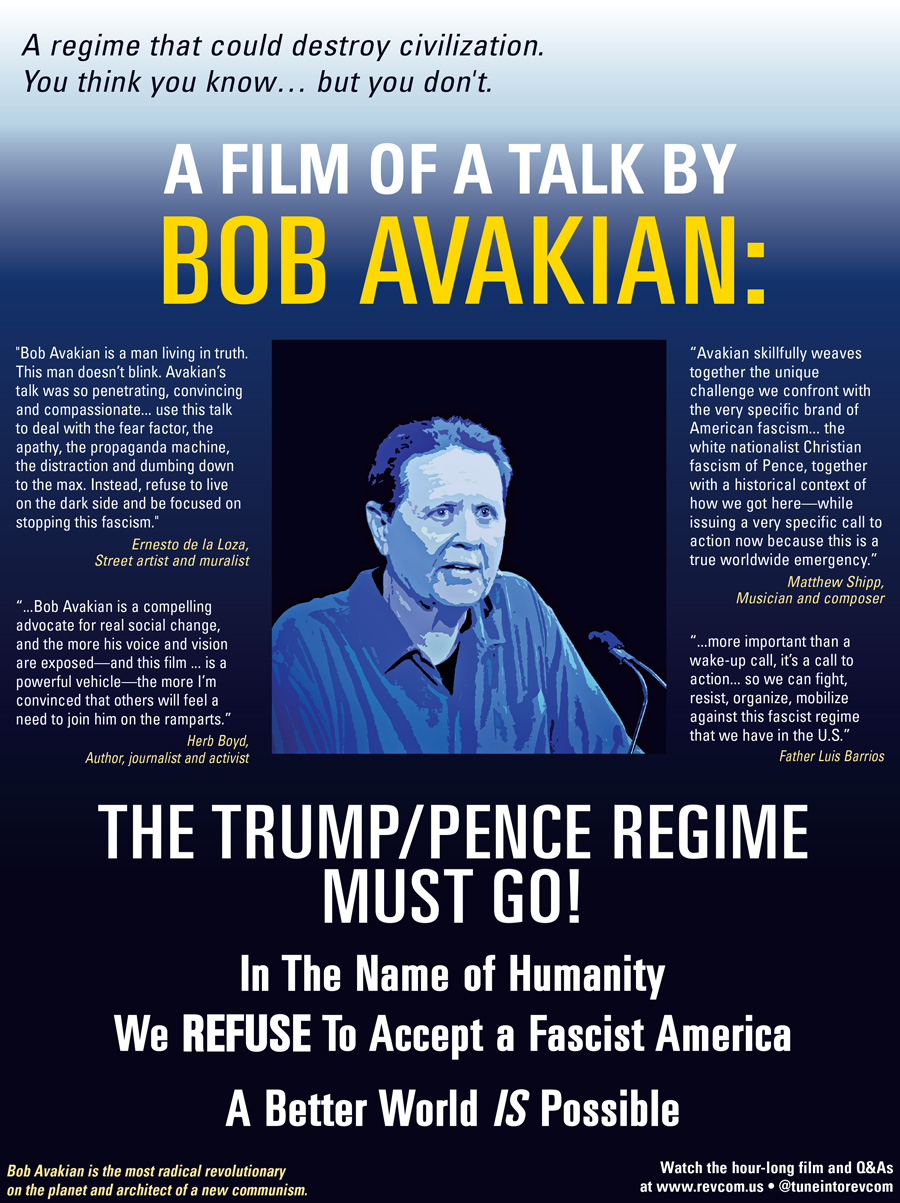 The Trump/Pence Regime
Must Go!
In The Name of Humanity,
We REFUSE to Accept
a Fascist America.
A Better World IS Possible.

A Film of a Talk by Bob Avakian

This talk from Bob Avakian provides a scientific understanding of the roots of this fascist regime—in the history of the U.S. and the deeper roots in the system of capitalism-imperialism. He does so with passion, humor, humanity, and a deep sense of history. He cuts into the deepest, most agonizing questions, first in the speech and then in wide-ranging Questions and Answers. If more people watched this, it could change today’s political equation.

Science and Revolution
Why Knowing What’s True Has Everything to Do With Getting Beyond This World of Horrors
A Presentation and Exchange on the New Communism developed by Bob Avakian
Held June 5, 2017 at UCLA

Presenter Andy Zee, spokesperson for Revolution Books, NYC and speaking on behalf of The Bob Avakian Institute engage with Discussants, Andrew Apter, Professor of Anthropology and History, and Juan Gómez-Quiñones, Professor of History, both from UCLA, on what the breakthroughs in the New Communism have to do with getting beyond a world where “might makes right.” 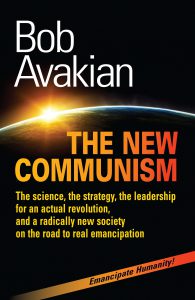 Contribute to the promotion and popularization of
The New Communism: The science, the strategy, the leadership for an actual revolution, and a radically new society on the road to real emancipation. This needs to reach everyone who is agonizing over whether fundamental change is really possible.  Contribute in particular to make it possible for those most denied in this society to dig into The New Communism, those whose life conditions make it difficult to pay full price, but who need to connect with the scientific breakthroughs and revolutionary understanding in this book — those just out of prison, in the projects and inner cities.

We were proud to co-sponsor the launch of The New Communism featuring Cornel West and Carl Dix and moderated by Andy Zee. Watch the Livestream of the event here.

Speakers Bureau. Invite a speaker from The Bob Avakian Institute to your school, classroom, book club, church, professional association, or host a fundraising salon in your living room. Put this in front of groups of people who need to hear about and engage with the new synthesis of communism—and open up a great debate about Avakian’s analysis of the source of the problem in this system and the need for an actual, all the way revolution.

Constitution, Law, and Rights — in capitalist society and in the future socialist society: Selections from the writings of Bob Avakian including excerpts from the Constitution for the New Socialist Republic in North America (Draft Proposal) 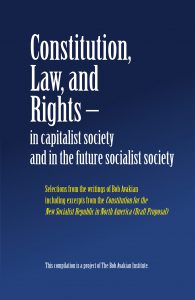 The Bob Avakian Institute proudly released this compilation in 2015.

NOW ON FILM: Revolution and Religion: The Fight for Emancipation and the Role of Religion; A Dialogue Between Cornel West and Bob Avakian 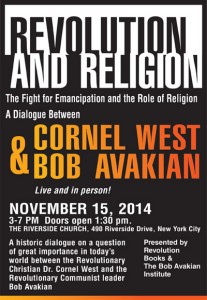 On November 15, 2014, 1900 people witnessed this historic dialogue at Riverside Church in New York City, co-sponosored by The Bob Avakian Institute, in conjunction with Revolution Books, NYC. This Dialogue between Cornel West and Bob Avakian was infused with the fire and passion to bring an end to all forms of oppression.  They cut to the bone on the outrages of today’s world and the need for radical change.

Break ALL The Chains! 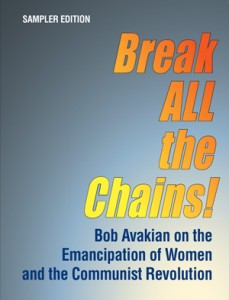 In July 2014 The Bob Avakian Institute financed publication of 20,000 copies of a sampler edition of Break ALL the Chains! Bob Avakian on the Emancipation of Women and the Communist Revolution for free distribution in prisons, schools, and communities. Thousands of people, especially young people, can now encounter Avakian’s breakthrough work on the role of women’s liberation in full human emancipation. 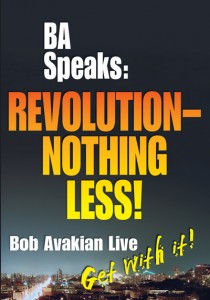 In the fall of 2012, Bob Avakian gave a series of talks in different cities. This is a film of one of those talks.  The 3 DVD film was produced by The Bob Avakian Institute in 2013.

In 2012, The Bob Avakian Institute helped fund two Bus Tours promoting BAsics, From the Talks and Writings of Bob Avakian.  BAsics is a book of quotations and short essays which concentrates more than 30 years of Avakian’s work.  Volunteers took time off from work and school, and traveled from Atlanta to Sanford, FL to New York City in a boldly decorated RV—capturing the imagination of and engaging with people over BAsics on college campuses, art scenes, and neighborhoods of the oppressed.

The BA Institute is pleased to make these materials available to assist in deepening the engagement with the new synthesis of communism developed by Bob Avakian.

Reports From Our Work

Read about some of the work volunteers with The Bob Avakian Institute are doing on the ground, helping to carry out our mission to spread awareness and engagement with Bob Avakian's vision and works.  Here we share reports, comments and pictures. If you've got your own to share, write to us at
info@thebobavakianinstitute.org.